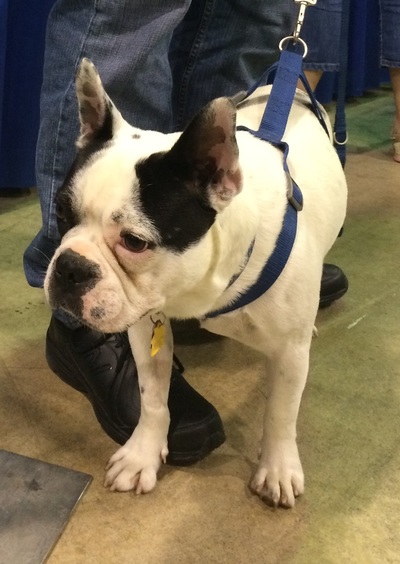 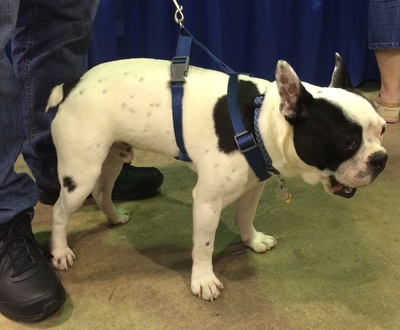 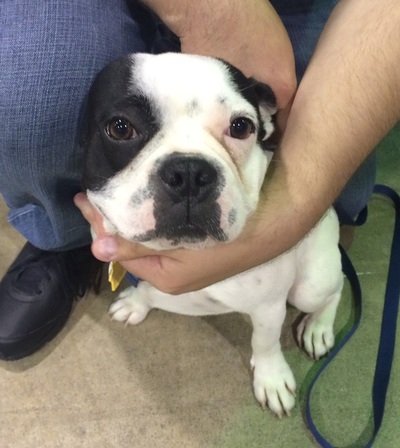 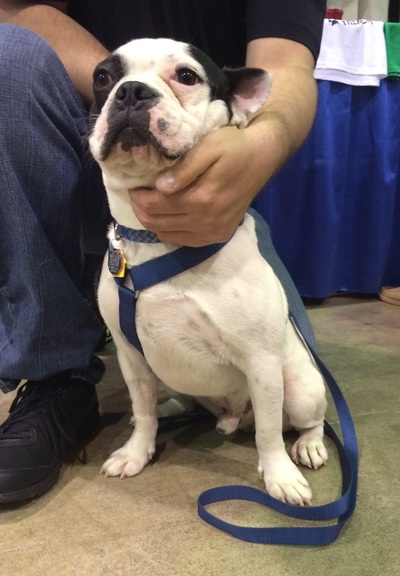 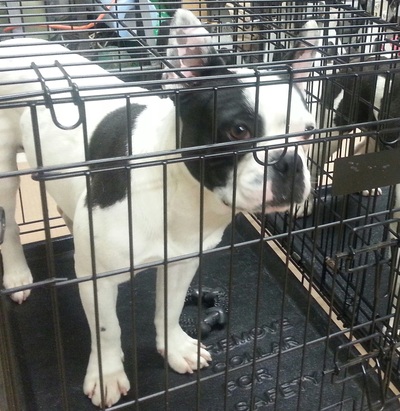 Intake Date:  4/11/2015
Last Update:  4/29/2015
Age:  1 year, 4 months
DOB:  12/1/2013
Gender:  Male, neutered
Weight:  26 lbs
Energy Level:  Very high - hyper
Color & Markings:  Mostly White, some black markings
Good with other dogs:  Not always. Follows foster dog sister around & antagonizes her. She does same thing to him though. Took Henry to dog park on 4/28 to see how he would do with other dogs - he immediately attacked a Jack Russel terrier & tried going after other dogs. Henry would probably be better off as an only dog in a home or a home with larger dogs.
Good with cats:  Unknown.
Good with kids:  Yes. Likes to jump, so may scare small children.
Object Aggression:  No
Special Needs:  None
Medications:  None
Crate Trained:  He doesn't like crate, will bark after putting him in it, but settles down pretty quickly.
House Trained:  No, working on it.
Physical Fence Required:  Probably, very high energy & likes to run.
Adoption donation:  TBD

April 29 update:  Henry is a very high energy dog that likes to be moving non stop (which is why we have a hard time getting pictures of him LOL). He wants to follow his foster dog sister around everywhere, and the two of them antagonize each other. He loves sitting on foster dad's lap & after few minutes, will settle down. It is highly recommended that Henry have a yard with a fence so that he can burn off excess energy. Henry likes going for rides in car, but will try to jump on driver lap, so it is recommended to have him in a crate if alone or have a passenger hold him.

Intake info:  Please meet Henry!  He was surrender with another Frenchie, although they do not appear to be bonded.  They will be seeing our vet and then going to separate foster homes.  Please check back for updates as we get to know him better.